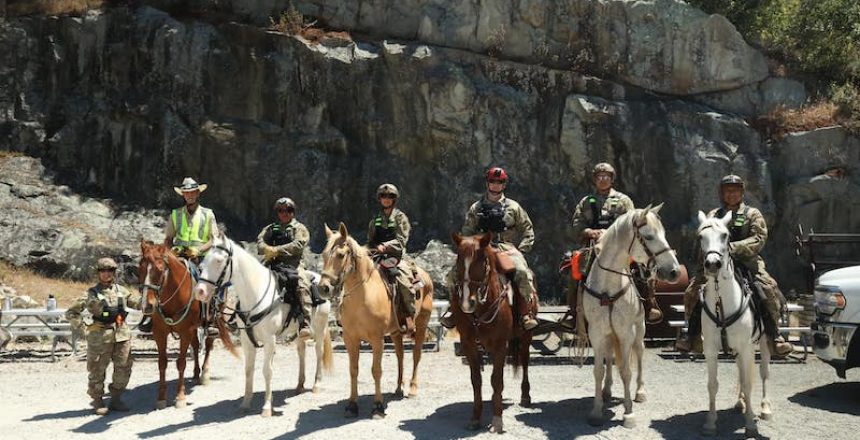 The training exercise involved the 26th MOD conducting Search and Rescue operations for a simulated downed aircraft with evacuated survivors, a situation they may encounter in the future.

“We’re a fully-mounted rescue team on horseback,” said 1st Lt. Kathleen King, who retired from the Army Reserve and now serves in the California State Guard as a member of the 26th MOD. “Since we are mounted, we can cover terrain a little bit faster than people on the ground. And our visibility is a little bit higher, we can see things better than someone on foot.”

King, a bio chemist, has been riding horses since she was four years old and rides a rope horse named Sunny. She originally joined the CSG as an environmental science compliance officer but transferred to the 26th MOD when she found out about the mounted unit.

“I heard about this detachment, and I said ‘Horses? You gotta sign me up!’” said King.

The 26th MOD officially stood up in 2020 with the help of its commander, Maj. Frank Quiambao, whose father served in the 26th Cavalry Regiment (Philippine Scouts) during World War II alongside Lt. Col. Edwin Ramsey, a guerilla leader who led the last charge of the United States Cavalry in military history in January 1942. When Quiambao’s father and Ramsey both passed away, Quiambao formed the 26th Cavalry Philippine Scouts Heritage Society Ceremonial Mounted Group as a way to honor their legacy.

“We wanted to do something to remember them, commemorate them and honor them,” said Quiambao, who rides a 22-year-old mare named Jewel, a half-Arab, half-Welsh Cob who has participated in 40 parades, including Pasadena’s annual Rose Parade.

“Horses can be used for all kinds of things too. Why not Search and Rescue?” said Quiambao. “Mounted searchers can travel far more ground. If the ground SAR team needs supplies, we can always go back to the base very quickly and bring the supplies and equipment to the ground SAR. And horses are outstanding at night. They can see, hear and smell far better than humans, and when we’re out there at night, their eyes are almost as good as night-vision goggles.”

The 26th MOD currently has eight riders, and they’re actively recruiting for more members who have their own horse and trailer.

“The CSG relies on volunteers, so for the most part they’re donating their time to us in times of emergencies, and we’re always looking for new members to come,” said Col. Jon Siepmann, commander of Operations Group, who recently joined the CSG after serving in the California National Guard for more than 30 years. ‘We’ve got a good presence in southern California, and we’re trying to expand our presence in central and northern California, so anybody out there who wants to come serve their state and country and wants to be part of a military organization whose number one job is to help Californians, come on out and bring your horse with you. I’ve never served with a better group of people than when I serve with the California State Guard.” 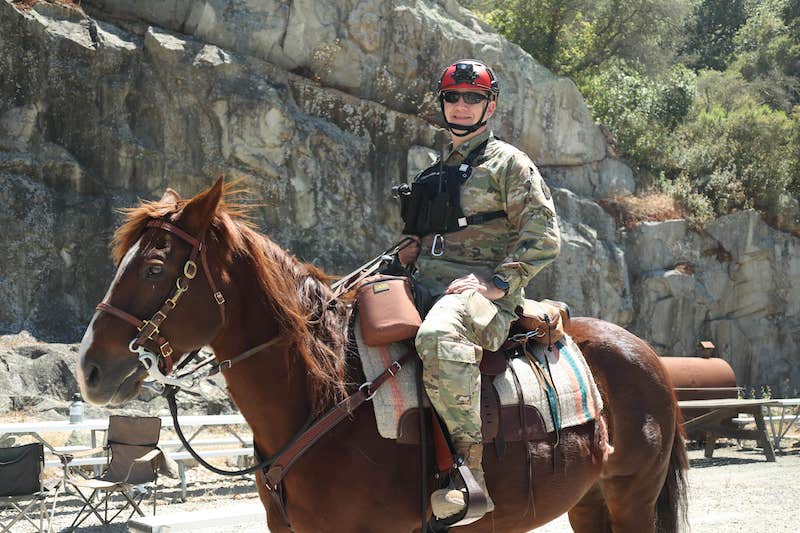 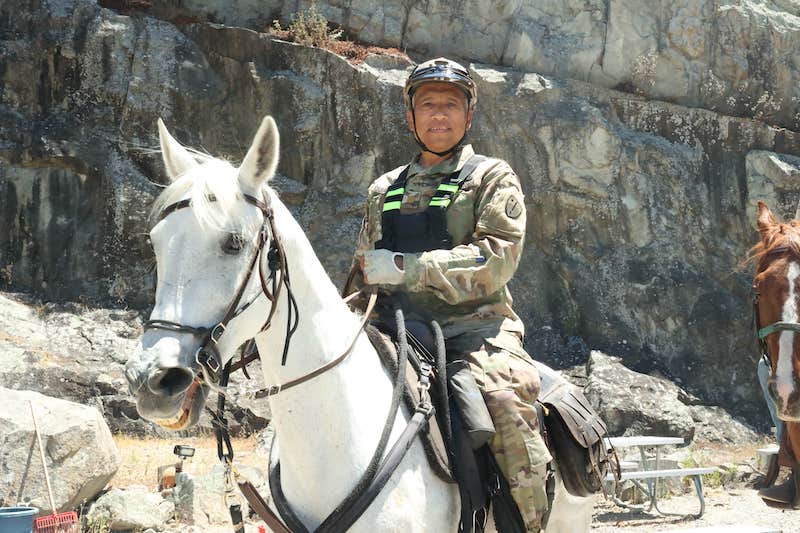 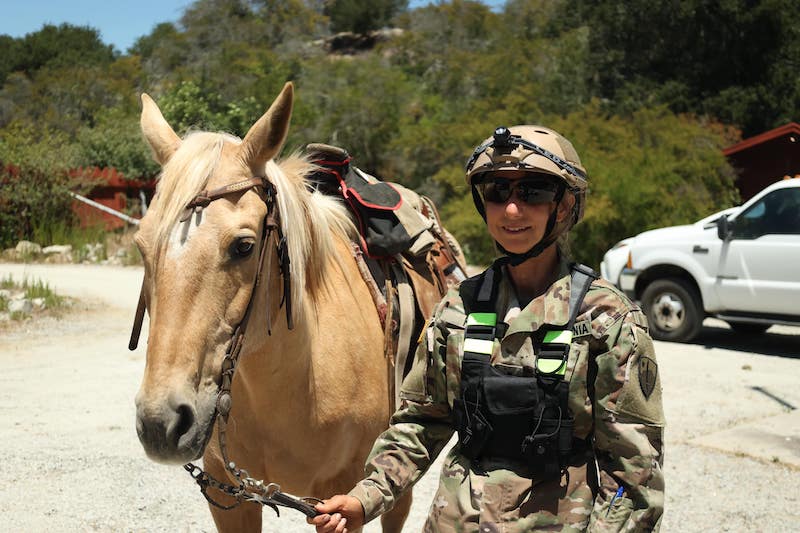