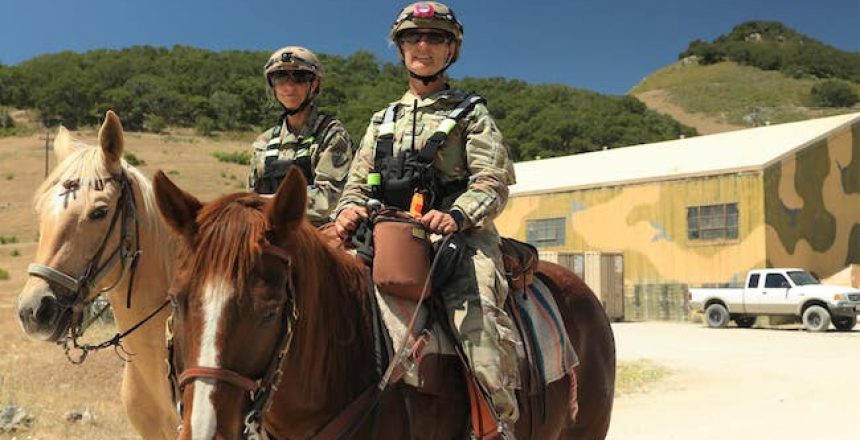 The detachments worked together in austere conditions to respond to a simulated emergency that involved a downed aircraft with casualties during a wildfire. The Mission Support Detachment set up tents and shelters for the exercise, and the Emergency Communications Detachment (ECD) established communication for the Tactical Operations Center, a mobile command post.

“Communication is very vital to the success of any organization, and when you have multiple units, and in this case a Joint Task Force working with interagencies, the communication is vital to the success of that,” said Staff Sgt. Robert Alziebler, acting first sergeant for the ECD who joined the CSG 11 years ago as a way to give back to his community. “I wanted to volunteer to an organization where I could give back to society, and I find this beneficial because you also gain the training and get real-world experience that you would get in the military.”

The InterAgency Liaison Detachment (ILD) serves as a liaison between civil authorities and military forces when the California State Guard is activated by the Governor. The CSG is prepared to respond to state emergencies to include wildfires, earthquakes and floods.

“It was a really robust training, and it was as realistic as we could make it,” said Lt. Col. John Kraft, commander of the ILD, a former pilot who joined the CSG nine years ago after retiring from the Air Force after 25 years. “Our number one goal is to help preserve life and property for all our citizens in the state.”

“The state guard has really shown to be a true partner to the California Military Department,” added 1st Sgt. Prezell Harris, first sergeant of Headquarters Company, Operations Group, who has served in the CSG for 13 years. “One thing I can extrapolate from this experience is that we have a lot of dedicated volunteers here, and I’m proud to serve with them.” 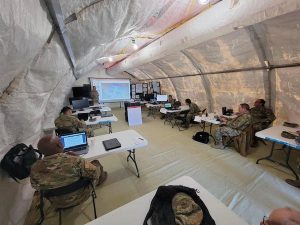 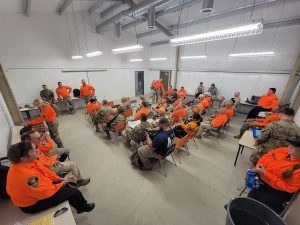 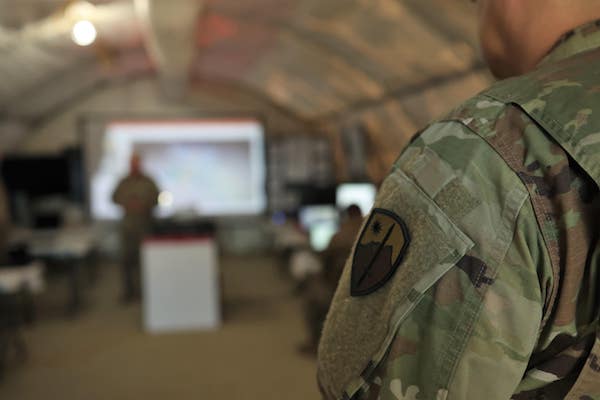